The proposed connection of the Animas River Trail between Memorial Park and Animas City Park via a grade-separated underpass crossing of E. 32nd Street is scheduled for construction from July 2021 through June 2022.  Following extensive community dialogue in early 2020 and purchase of private property in October 2020, a revised trail alignment has been developed that eliminates multiple pedestrian bridge crossings of E. 32nd Street, the Animas River and the Durango & Silverton Narrow Gauge Railroad line.  The trail alignment will pass under E. 32nd Street on the eastern riverbank and connect to Animas City Park via a new pedestrian bridge spanning 170 feet across the Animas River just north/upriver of the Emerson-Parks vehicular bridge and via an at-grade railroad track crossing integrated with the current at-grade track crossing of E.32nd Street. 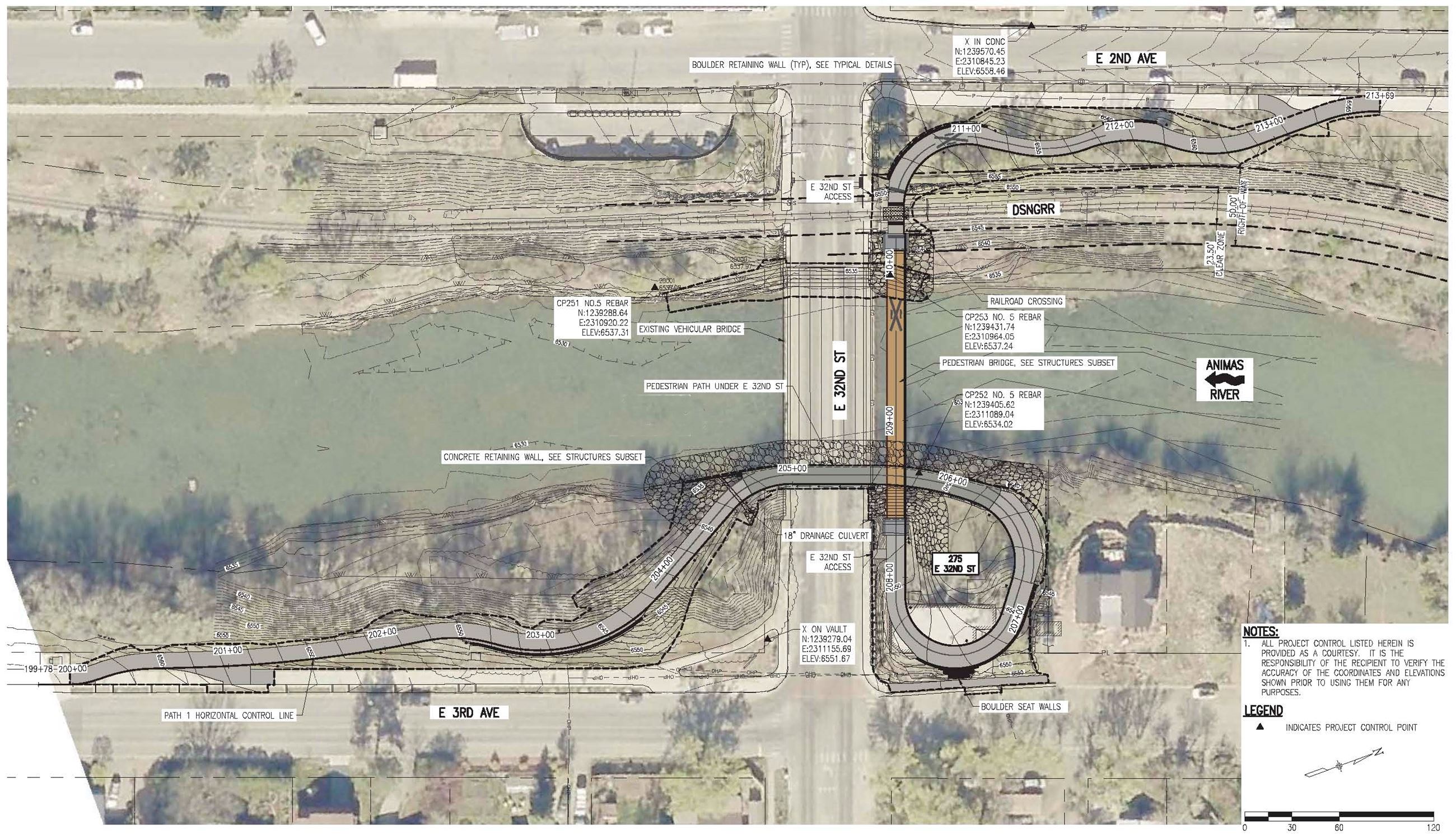 The Durango Parks and Recreation Department initiated an extensive community engagement process in 2011 that resulted in the adoption of the Durango Animas River Corridor Management Plan in 2013. The development of the Durango Animas River Management Plan involved eight public meetings and during this public process the development of Oxbow Park river access was identified as the highest priority river access in Durango to improve. Immediately following the adoption of the Durango Animas River Corridor Management Plan, the City engaged the services of a technical design team to develop final construction documents to four river access locations, including Oxbow Park. There was significant community involvement, including an on-site public meeting in the development of the site-specific plan for Oxbow Park. Final construction documents were completed in 2015. Oxbow Park is currently an unimproved river access area. The park improvements will provide a boat ramp at the river’s edge for small craft put-in. Improvements to the river edge will be made by stabilizing the shore with boulders and planting riparian vegetation. There will be a paved parking lot adjacent to Animas View Drive, restrooms, and picnic facilities.

The construction of the Animas River Trail northern extension and development of Oxbow Park are possible due to the dedicated 2005 and 2015 sales tax for Parks and Recreation Capital Improvement Projects.