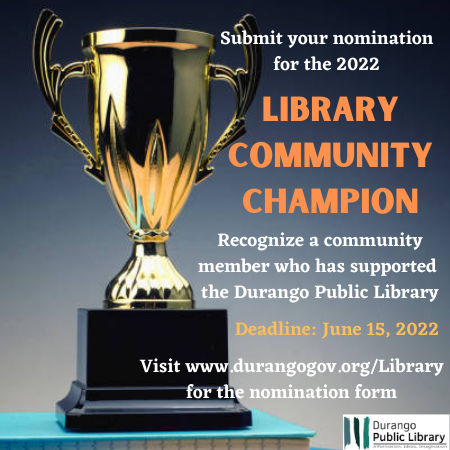 Mission:  Recognizing that the success of any public library is enhanced and sustained by dedicated citizens, the Durango Public Library Advisory Board will single out certain individuals for particular appreciation through its Library Community Champion initiative. The awarding of this personal distinction honors singular achievement and commitment on behalf of the Library and, in turn, the community.

Nominee contributions to the Durango Public Library should be considered for having:

Please submit your nomination by filling out this form.
Deadline for nominations is:  June 15, 2022